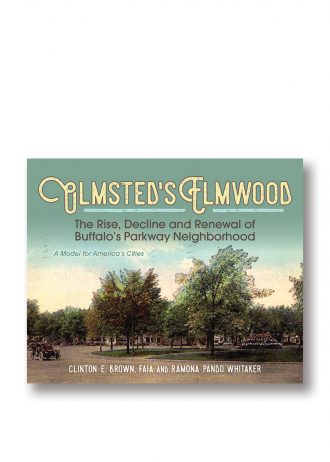 Olmsted’s Elmwood: The Rise, Decline and Renewal of Buffalo’s Parkway Neighborhood, A Model for America’s Cities

The fascinating story of the historic Elmwood District is told for the first time, from the arrival on the Niagara Frontier of Joseph Ellicott, through the role played by Fredrick Law Olmsted’s parks and parkways, and into the decline and renewal during modern era. This lushly illustrated book educates and enlightens, telling the stories of the people who gave Elmwood its enduring character, transforming it from dense forest into one of America’s top ten neighborhoods.