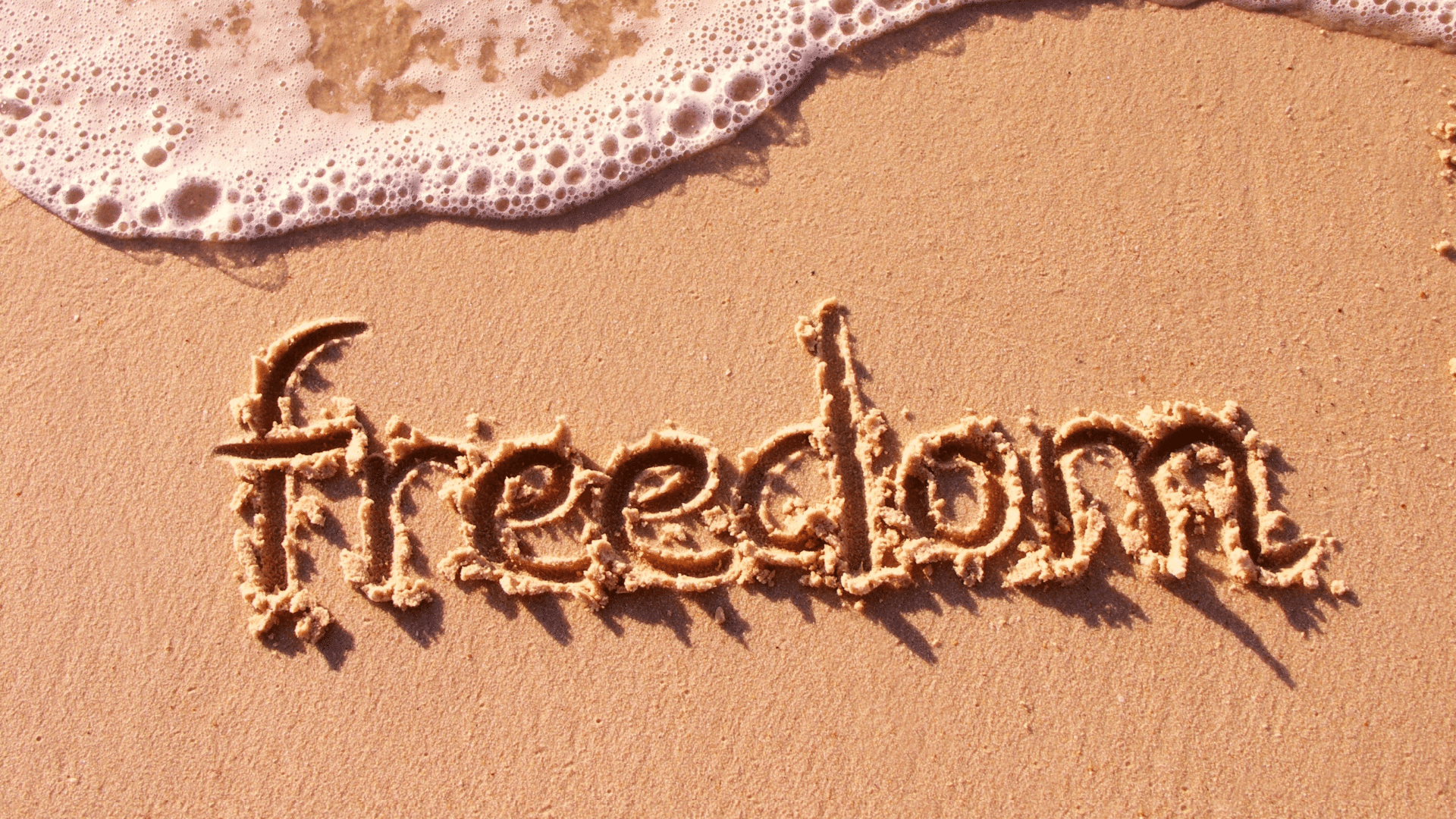 What does freedom mean to you?

For many in these mask and vax pandemic times, freedom has come to mean “the right to act, speak, or think as one wants without hindrance or restraint.” However, as we watch in horror as millions of Ukrainians fight for freedom or flee to escape conflict and find freedom, we are reminded that freedom is also the “absence of subjection to foreign domination or despotic government.”

And on Harriet Tubman Day and the anniversary of Bloody Sunday on the Edmund Pettus Bridge, when police attacked civil rights demonstrators with billy clubs and tear gas, we are reminded that freedom also is “the state of not being imprisoned or enslaved.”

“I had crossed the line. I was free; but there was no one to welcome me to the land of freedom. I was a stranger in a strange land; and my home after all, was down in Maryland; because my father, my mother, my brothers, and sisters, and friends were there. But I was free, and they should be free.”
~ Harriet Tubman, Scenes in the Life of Harriet Tubman, a biography by Sarah Hopkins Bradford

In the mid-1800s, enslaved people from the southern states escaped to freedom in Canada. In Kite to Freedom: The Story of a Kite-Flying Contest, the Niagara Falls Suspension Bridge, and the Underground Railroad, young Katie discovers slavery and grapples with the concept of human beings being owned and considered property. This is particularly poignant because Katie is Black, the daughter of a freedman. She meets Harriet Tubman, who really did escort refugees to freedom over this bridge in the mid-1800s, and becomes active in the Underground Railroad. Readers of this middle grade historical novel learn that emancipation from slavery is an immense and profound feat, and that the responsibility of individual freedom is to deliver others from bondage.

As we watch in horror as millions of Ukrainians fight for freedom or flee to escape conflict and find freedom, we understand that freedom is also the “absence of subjection to foreign domination or despotic government.” How can this possibly be happening? And what can we do to help? The feeling of helplessness is overwhelming. We may not be able to stop the bombing, but we can support the refugees who are seeking safety and freedom in our communities, especially the youngest among them.

Ukrainian children will soon be entering our classrooms. They will feel out of place, overwhelmed, and strange. Their new classmates may not understand where they are from and what they have been through. Teachers and counselors are searching for ways to help them feel accepted and understood. By telling the powerful story of refugee children from two points of view: through the eyes of the newcomers and through the eyes of their new classmates, Hello! A Welcoming Story is a creative and valuable way to foster the empathy needed for true inclusion and acceptance.

To get this important tool into the hands of as many teachers and counselor as quickly as possible, City of Light has launched a Welcome Ukrainian Refugees Book Donation Campaign. It’s simple…just purchase a copy of Hello! A Welcoming Story and donate it to your local school. We will donate a portion of the proceeds to the UN Refugee Agency’s Ukraine Emergency Fund (UNHCR).

As the invasion of Ukraine grows ever more violent, the Russian people have less and less access to accurate information about it. Those who protest the war are silenced and punished. There is no free, independent press. There is no right to speak out. In short, there is no free speech. Free Speech and Why You Should Give a Damn tells the story of free speech in America—who established it, who denounced it, and who has risen to its defense. It is an excellent reminder of how close we have come to losing this right in the U.S.

Free speech allows us to criticize our leaders. It lets us consume the art, film and books we prefer. And it allows minorities to challenge the oppression they suffer. Brush up on this freedom. It matters.

Freedom. A right that is critical to democracy.

FREE Shipping on U.S. orders over $50